Naval Vet Sees Construction Work as Extension of His Service 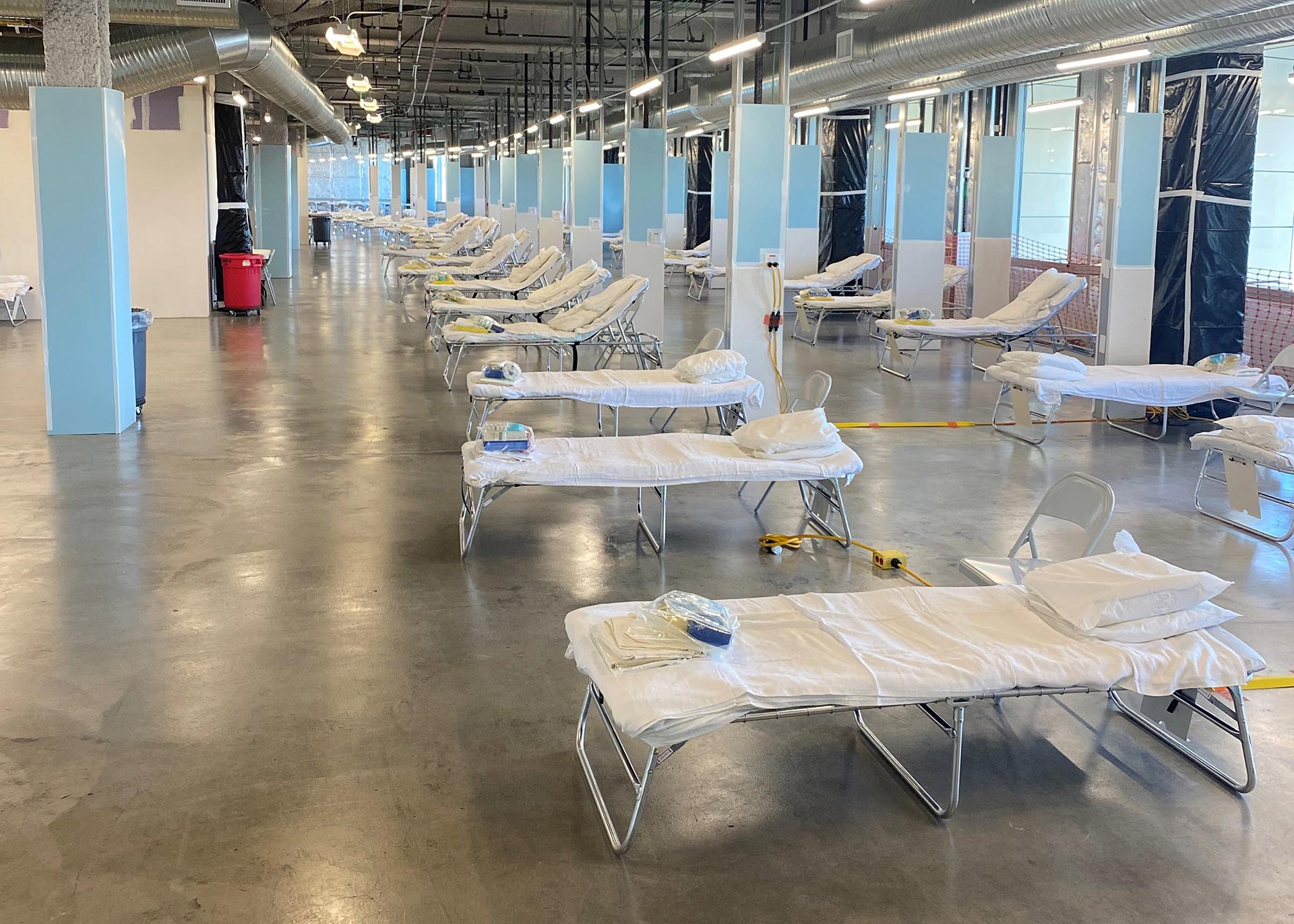 Herman Construction Group announced May 7 that it has completed several fast-track build-outs of COVID-19 emergency response field hospitals and surge hospitals in California, one in San Diego County and a second in Tulare County. The company began the projects early in April and completed both within two weeks.

The projects included a build-out of the 203-bed Federal Medical Station (FMS) at Palomar Medical Center Escondido and construction of a 246-bed Alternate Care Facility (ACF) at the Porterville Developmental Center in Tulare County for the state and federal government. The Alternative Care Facility will care for non-COVID-19 patients who are less sick, allowing hospitals to treat more severe cases. The projects add nearly 450 hospital beds to the state’s inventory to treat COVID-19.

Herman Construction Group is a commercial general contractor headquartered in San Diego with extensive experience with labs, clean rooms, and medical health facilities. The company has a long-standing relationship with the U.S. Army Corps of Engineers, the agency that helped to expedite both hospital projects.

“We completed both of these emergency turnaround projects on an accelerated time frame; what would normally take us weeks took days,” said Lars Herman, CEO of Herman Construction Group. “They will both function as community-wide resources in order to add more hospital beds to the region’s inventory.”

Herman Construction Group’s retrofit of The Palomar Medical Center Field Hospital included a build-out of floors 10 and 11, the top two floors of the hospital. These floors, each containing 24,000 square feet, have remained vacant to allow space to grow with the community when needed. The $3 million-project supports the local health care system by providing additional beds in San Diego County.

The Center is part of an 80-year-old campus that serves those with developmental or intellectual disabilities and is scheduled to close in late 2021. Six unoccupied buildings, which have stood vacant on the PDC campus for over 25 years, were retrofitted by Herman Construction Group for the COVID-19 ACF.