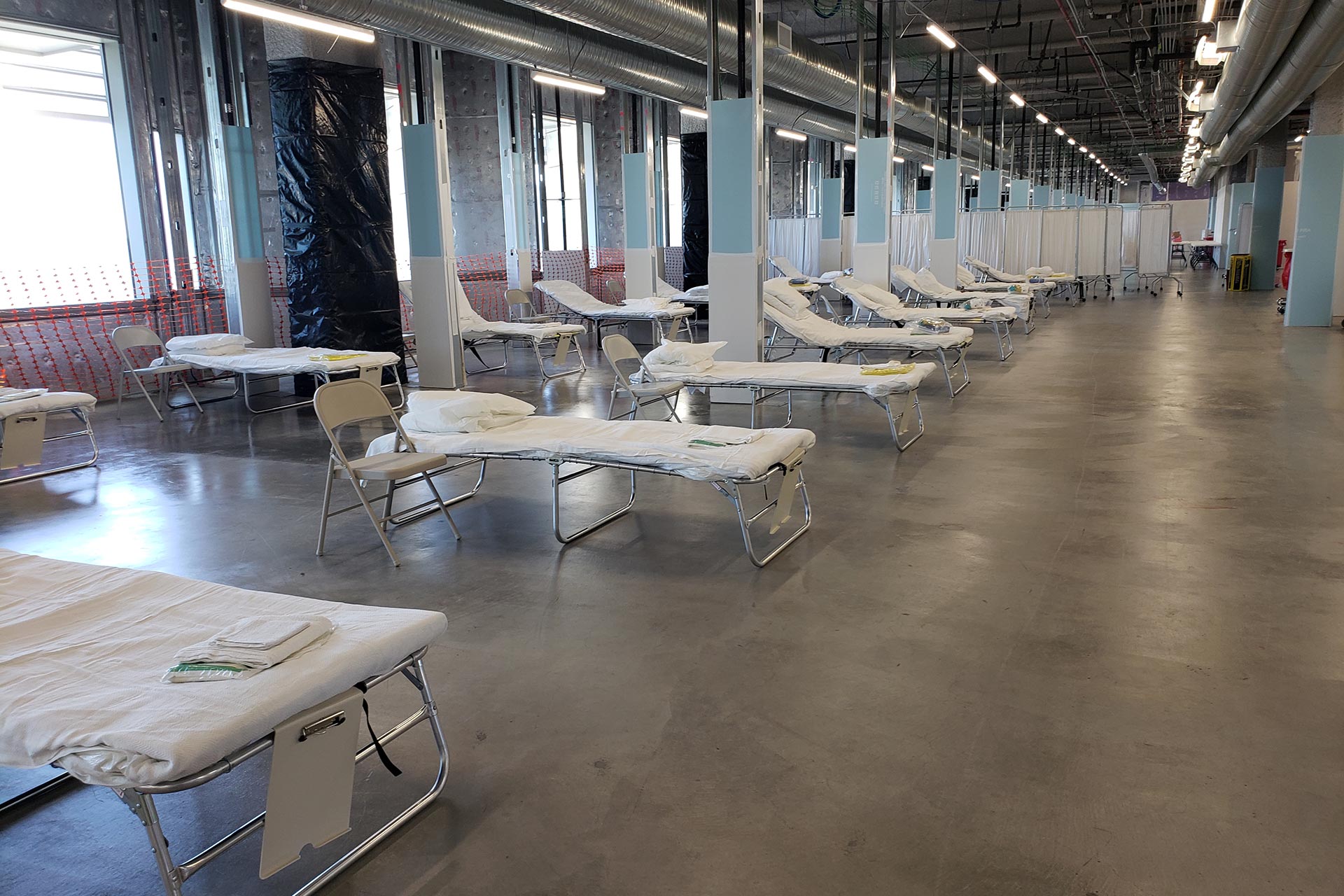 When the COVID-19 pandemic hit California, an Escondido general contractor got the call to quickly build two emergency medical centers.

The company also converted what Herman Construction Group President Lars Herman said had been a psychiatric treatment ward in Tulare County – the Porterville Developmental Center – into what officials are calling an “alternate care facility.”

“We had a very short window to execute this,” Herman said.

Normally, projects like these would take a matter of months, not days, Herman said.

Although everyone followed pandemic protocols by wearing face masks and staying six feet apart, Herman said multiple trades had to work on the projects at the same time.

At Palomar Medical Center, “We followed the hospital protocols for check-ins and temperature scans,” Herman said.

In all, the two projects added nearly 450 beds to California’s inventory of spaces to treat COVID-19 patients, Herman said.

So far, they haven’t been needed.

“Hopefully, we don’t have to use this stuff,” Herman said.

At 24,000 square feet each, the top two floors of the Palomar Medical Center had been left vacant, anticipating future growth. The hospital opened in 2012.

“These were unimproved floors. The shell was there but there was no conditioned space, no lighting, no restrooms,” Herman said. “The hospital’s relative new. It’s in good shape. It just didn’t have some of the things needed to serve patients.”

“We ran over a mile of ductwork in about 11 days,” Herman said.

“Right now, it’s kind of earmarked for something other than COVID. What they want is if the hospital is inundated with COVID patients, other non-COVID patients would have a place to go,” Herman said. “This was simply if the medical system gets overrun, this is where the patients would go.”

Because of the emergency nature of the project and the need to get the work done quickly, the accommodations are pretty basic –not the well-appointed rooms that are typical of modern hospitals.

The $2 million Porterville project was far more challenging and involved cleaning up and updating everything from heating and cooling systems to plumbing in six buildings.

“This was a project of turning buildings on that had been turned off,” Herman said. “These buildings hadn’t been maintained in like 15 years.”

The roofs leaked in spots, there was mold and asbestos and lead contamination to deal with.

“It was really nasty inside,” Herman said. “We did all the maintenance that hadn’t been done in 15 years in two weeks.”

Cast iron pipes that had deteriorated had to be replaced.

“There was a ton of rust and debris,” Herman said.

A former officer with the Naval Civil Engineer Corps, Herman formed his company in 2009 with an idea of specializing on government projects in emergency situations such as the pandemic.

“When we built Herman Construction, we built it for rapid response,” Herman said. “We’re on specialized, multi-year medical construction contracts with the Army Corps of Engineers.”